Health Statistics and Costs: Comparison between U.S. and France

Being the richest country in the world, the USA logically has one of the most developed healthcare systems. To examine it in details, some statistical data are necessary. The average life expectancy of men is 74.8 years old and of women is 80.6 years old. The mortality rate before the age of 70 is 38 percent for men and 27 percent for women. In contrast, the average life expectancy of men in France is 79 years old. Women live till 85 in average. The probability of dying before the age of 70 makes 32 percent for male and 17 percent for female. Thus, France is a leader in this aspect. The illnesses that cause the majority of deaths in the USA are neuropsychiatric conditions, cardiovascular diseases and diabetes. The cancers follow the aforementioned illnesses. In France, cancers take the first position, and neuropsychiatric disorders, cardiovascular diseases and diabetes have almost the same influence.

The U.S. health care system mostly relies on private insurance. “More than 70 % of the population under age 65 are enrolled in private health insurance plans, mostly through their employees”. In contrast, the French health care system is provided by both public and health insurers. Public insurance is obligatory and covers almost all citizens of France. The U.S. healthcare reform of 2010 implemented a number of significant changes into its healthcare system. Medicare is financed through premiums, taxes and federal revenues. Medicaid is a tax-funded health insurance program managed by the states. Private health insurance bears 34.7 percent of the total health care expenditure. In contrast, both employees and employers are responsible for financing private insurance in France. It is additional and voluntary. The social security system covers health or work-related injuries and illnesses as well as family retirement and benefits. It has almost reached a universal level in France as by 2008, 99.9% of the population was covered by this social security. An increased participation of private health insurance in financing the health system decreases the equality of financing. Thus, the price of social health insurance premium is proportional to the revenues and CHI premiums are not. The greatest difference between the U.S. and French healthcare systems is that the Frenchmen are covered by the public insurance, and the opportunity of a citizen to be insured depends on his residential status. The Americans, in their turn, are insured privately, and a great importance is given to employment-based coverage.

Get a Price Quote

The U.S. Department of Health and Human Services is the main governmental body responsible for the healthcare system. The Ministry of Health is a supreme healthcare body in France. The U.S. Department performs its functions through Medicare and Medicaid programs. The former covers the needs of the insured citizens aged 65 and older. The latter is a net program for people with low income, mostly women, children and disabled, which covers wages of physician visits and nursing of some days. Medicare costs appeared to be controversial for the medical organizations. Consequently, Medicaid has become the greatest single healthcare item in many states.

The healthcare organization in France is different. It regulates healthcare through performing health care reforms, issuing orders and distributing expenditures on a governmental level. In contrast with Medicaid and Medicare implementation, 26 regional health agencies were experimentally launched in France in 2010 to watch the water quality in the region, prevent work-related injuries, give high-quality professional trainings, provide quick access to healthcare, etc. “The shear scope of integration envisaged makes this experiment in governance very important for the rest of Europe to watch closely”. However, some questions about these agencies concerning the development of strategic plans still exist; their creation is a big step on the way of elaborating a well-managed healthcare system in France. The countries have different healthcare management models. French regional agencies are more effective in solving a wide range of health-related issues whereas the U.S. Medicaid and Medicare mostly orientate on giving high-quality medical assistance to the U.S. citizens. The aspects such as environmental norms and professional trainings refer to other social organizations in the US. Health Care Personnel and Facilities: Comparison between U.S. and France

There are federal, non-federal, investor-owned, governmental, and other types of hospitals in the USA. There are two types of hospitals in France, namely private and public (2. 698 total). The total number of the U.S. hospitals is 5.794. The number of U.S. primary care physicians and specialist physicians is 730,801 that is 2.5 physicians per 1000 inhabitants. The total number of practicing nurses in the USA makes 26.669.603. According to the statistical tables, France has more than 307 practicing physicians per 100 000 inhabitants, which is more than the U.S. value. The number of practicing nurses is the highest in Europe and makes 587.080 professionals. The simple statistical data demonstrate that the number of medical personnel in the USA and France per capita is quite close. However, France has more physicians involved. Some small differences that exist can be explained by the fact that the territories and the population of both countries vary significantly.

Access and Inequality Issues: Comparison between U.S. and France

The greatest issue of the U.S. healthcare inequity in the access to medical care covers two main aspects. Firstly, an individual cannot be subject either to Medicaid or to Medicare due to his age or working status and has no money to pay for private insurance. The second aspect is that in the conditions of the country being ethnically more diverse, the poverty level of the minority communities increases. Consequently, those who live in poverty get ill easier, and it is difficult for them to receive high-quality medical aid quickly.

The healthcare system in France differs greatly in this sense. French healthcare has significantly moved forward from employment status criteria of coverage to the resident one. As aforementioned, the major part of population is covered with public insurance. Native French population and minorities become equal regarding insurance in such a case. People with low income or unemployed have the right to free public and even private coverage; they are given special vouchers by different public funds. Therefore, there are no reasons for a French resident to be uninsured. Being covered with any type of insurance provides quick access to healthcare. Contrasting the U.S. and French healthcare system, it is worth mentioning that France definitely offers more possibilities for its citizens to be insured.

In conclusion, the U.S. and French healthcare systems have already passed a long way of establishment and are still in the period of reforms. Nowadays, France has a big advantage of the USA because it offers its citizens a vast public insurance programs and thus more freedom in accessing the medical aid. It is logic to suppose that the U.S. government will soon also open more possibilities for its population to get equal and prompt access to healthcare.

Prev: Universal Health Services
Next: Invisible Knapsacks of the Diverse US Population 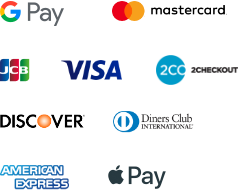